Electronic cigarette, or e-cigarette, is a very trendy product in the last few years, and will sustain its development in the years ahead. China is without doubt the world's largest manufacturer of e-cigarette, and is currently responsible for over 90% of global e-cigarette production. Surprisingly, although the fact that China plays such an essential role in global e-cigarette business, its manufacture, sale, and use of e-cigarettes have been remaining unregulated. Now, this situation is about to change. For the very first time, the Standardization Administration of the People's Republic of China (the “SAC") is about to publish the national standards on e-cigarette. Let's take a look at the current regulatory landscape in this country, the forthcoming national standards, and what it might bring to this industry domestically and globally. 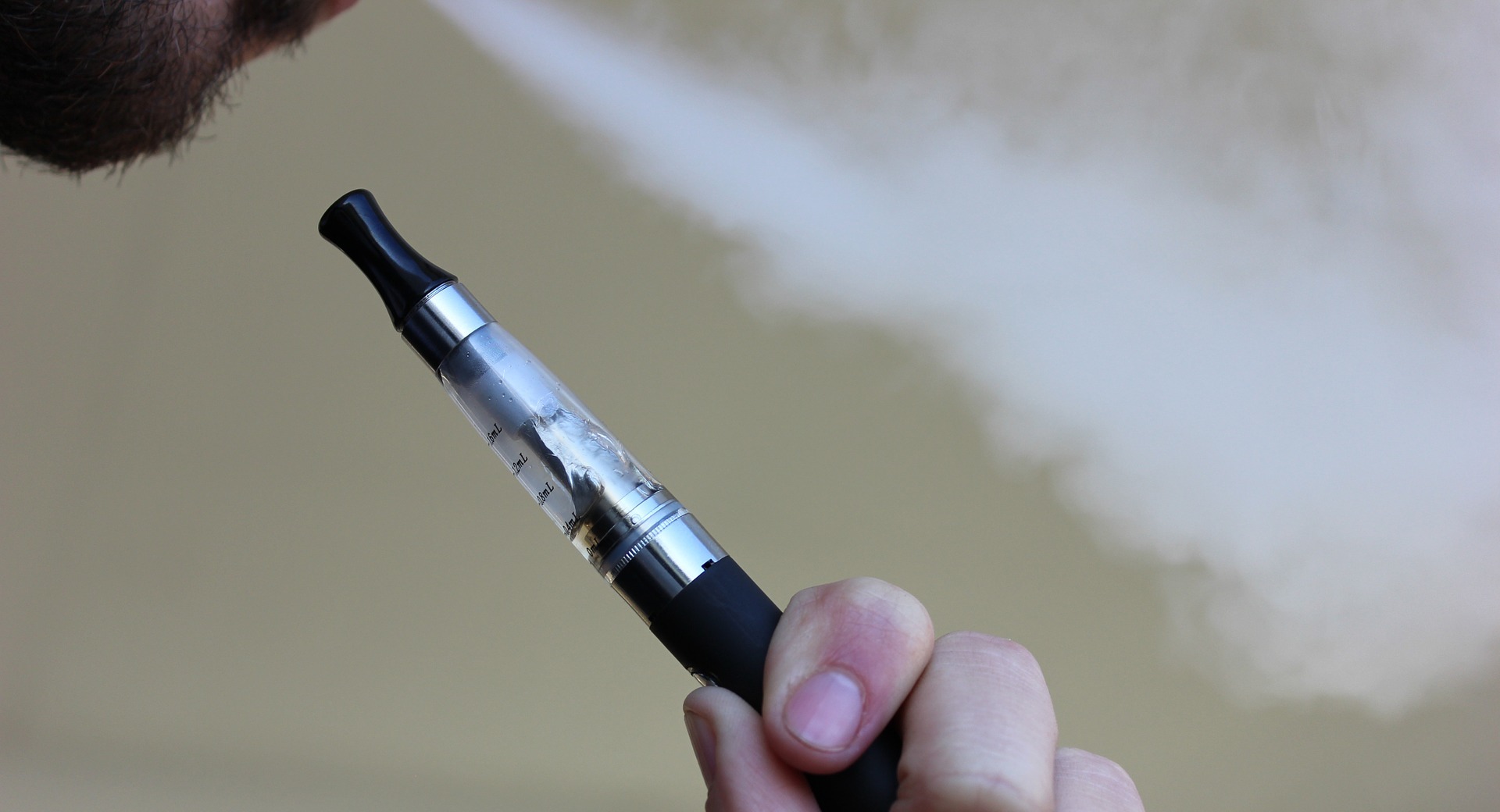 Regulatory Inaction over E-Cigarette in China

The regulation of e-cigarette in China is almost absent since its first appearance in 2003. There has been NO explicit categorization of e-cigarettes yet - whether to treat it as tobacco product or as pharmaceutical product. Also there is NO government agency in China that claims to take responsibility for regulating e-cigarette.

There is a huge blind spot in terms of supervision of the industrial system. In other words, electronic cigarette still lacks compulsory standards for production and quality control, as well as for safety evaluation. Therefore, the good and bad are intermingled. This has led to problems including consumers’ health hazards, market distortion, lack of trust and confidence between e-cigarette importers and manufacturers, etc.

As Expected! The National Standards are Really Coming This Time

Unlike Japan or the US, who treat e-cigarette as pharmaceutical product and tobacco product respectively, China in its absence of regulations, defaulted it as ordinary consumer product. But now, government regulators have taken the first steps.

According to “National Public Service Platform for Standards Information” and the SAC official website, national standards for e-cigarette and e-liquid have both entered the review phase. The next step would be publishing in 24 months and 12 month respectively. By then,  China's electronic cigarette production and sale will be regulated in accordance with national standards. 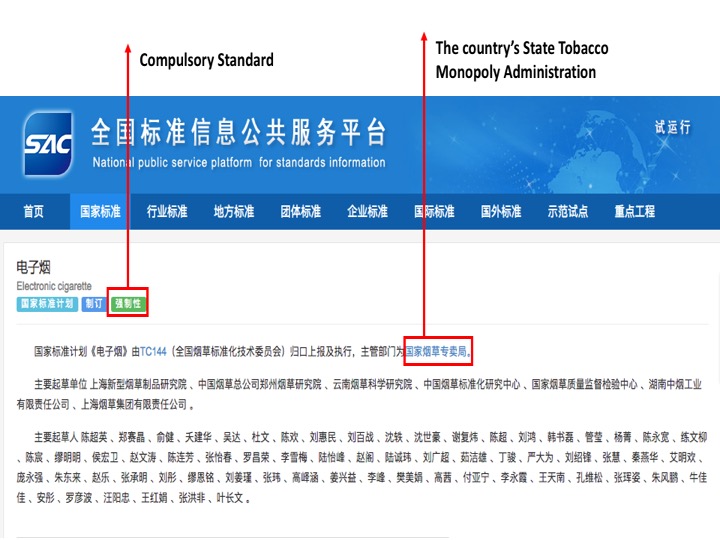 Standard for electronic cigarette is marked as “Compulsory Standard”, which is required by administrative laws and regulations as mandatory. Product which fails to conform to compulsory standard can not be produced, sold or exported. The country’s State Tobacco Monopoly Administration is, and will be, in charge of this product. 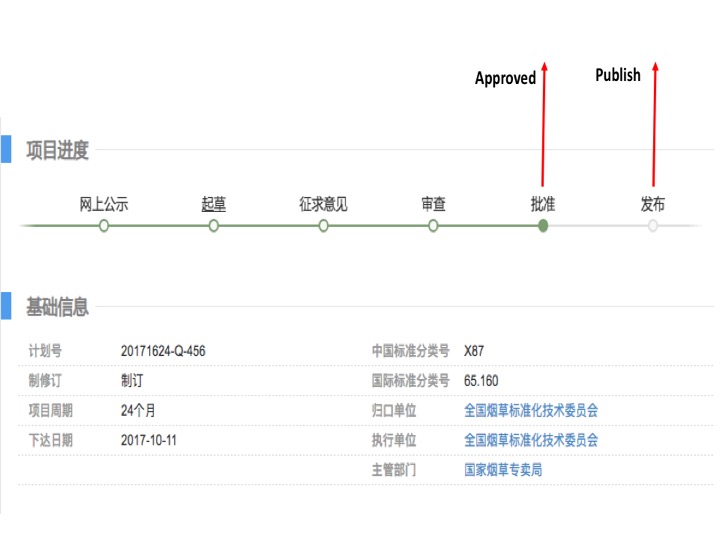 - Current progress : approved and waiting to be published. 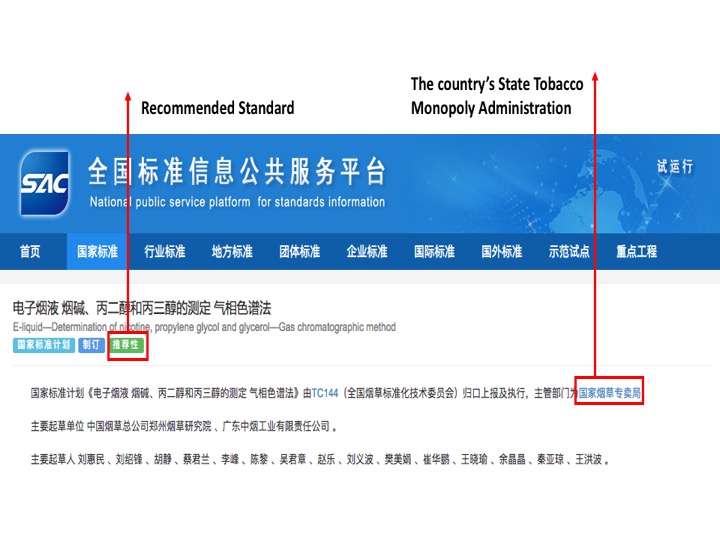 Different from that of electronic cigarette, this one is labeled as a non‑mandatory but recommended standard. 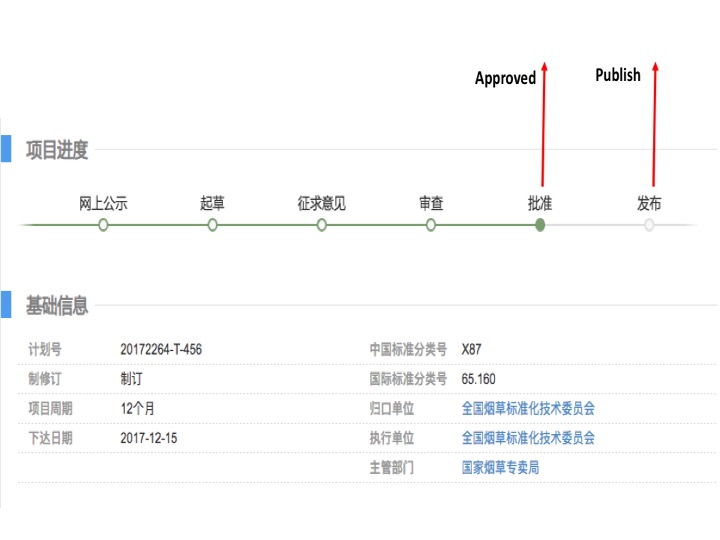 - Current progress : approved and waiting to be published.

ChinaMarket has customers in e-cigarette business, thus we have been following the major news in this industry and its standardizing process. Now the highly-anticipated national standards are approved, we believe that the number of unqualified suppliers and products will be considerably reduced, while the QUALIFIED ones will continue their growth and development. All of these will create a much healthier environment for e-cigarette market, which in turn will be given greater and further opportunities in business.

Top 3 Hot Sale Items that Help You Promote during Oktoberfest